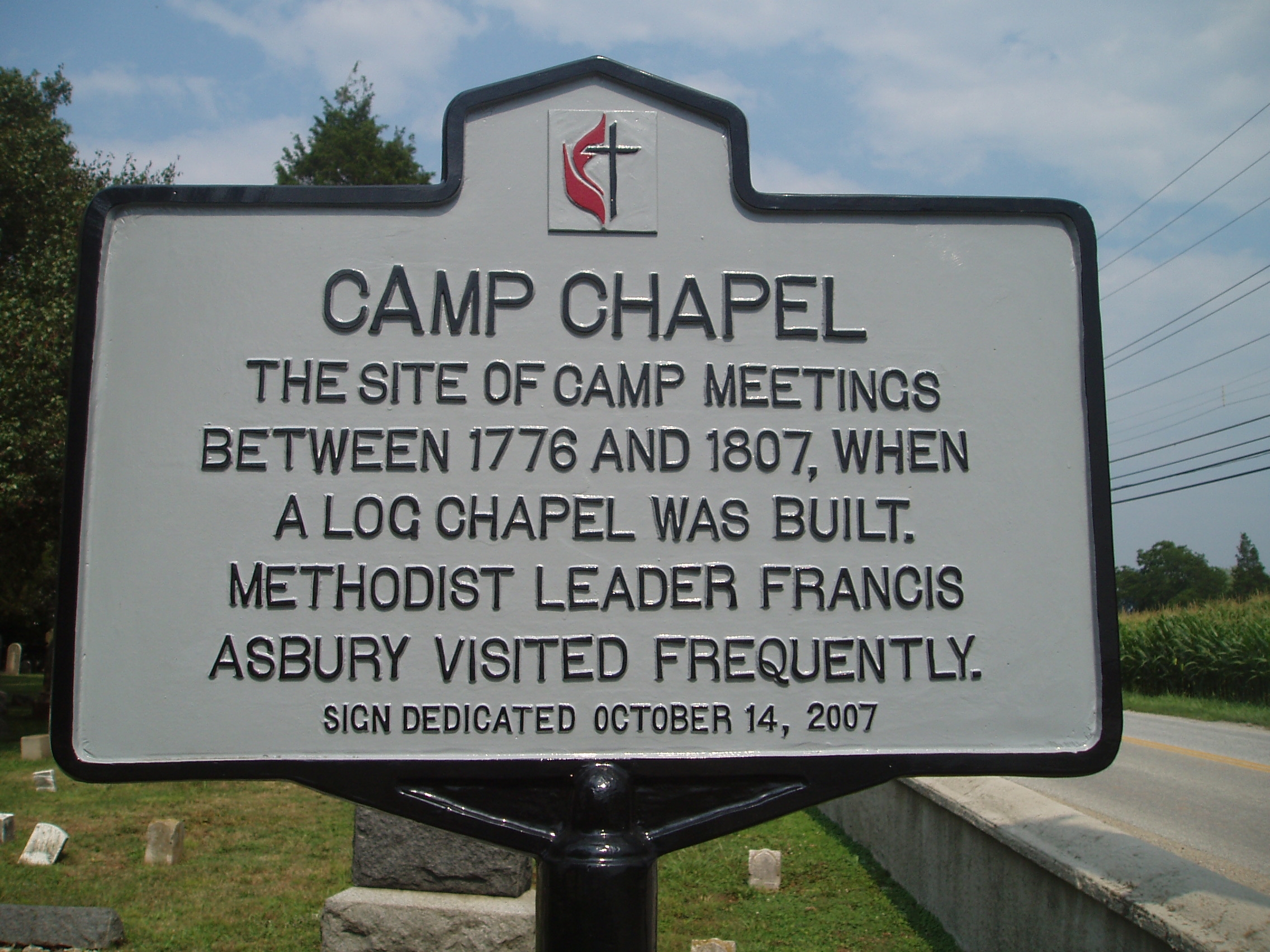 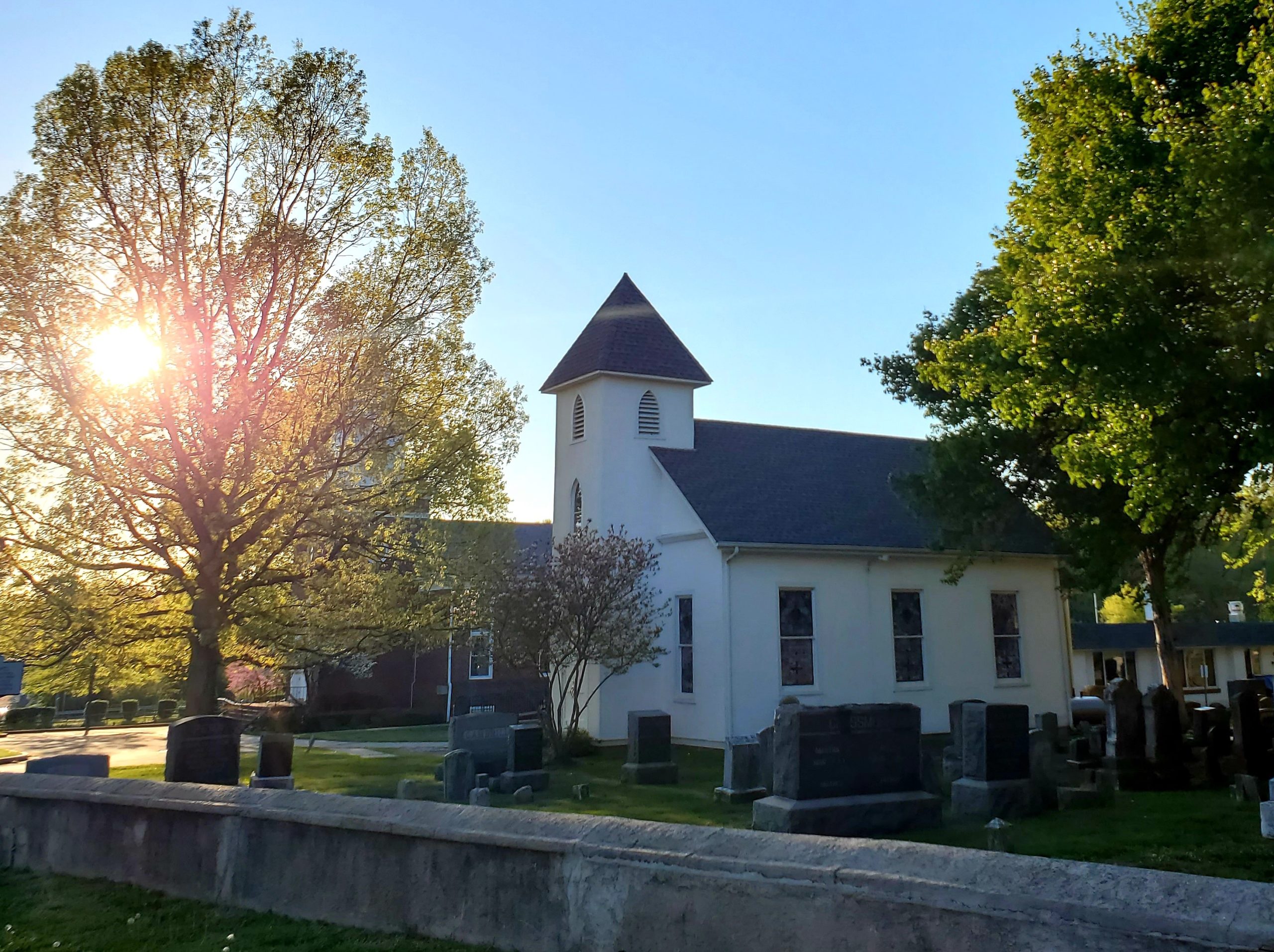 The year was 1807 and a new nation was forming.  Thomas Jefferson was the third president of the United States, with Aaron Burr as vice-president.  Congress of the United States was meeting in the new Capitol Building that was first occupied in 1800.

Perry Hall was on the road from the deep-water port of Joppa, the then county seat of Baltimore County, to Towson.  Most transportation in those days was by water and then overland by horseback or wagon.  There were few roads and most of them followed old Indian trails, as was the case of Joppa Road.  Many travelers would stop along the road to refresh at springs.  Such a spring existed just east of the present church property on the old Gambrill Farm (later Creswell Farm).

The area was peppered with log cabins along the Honeygo Run, inhabited by families of woodcutters and charcoal burners that supplied the needed fuel for the forges and iron smelting furnaces along the Gunpowder River.  Robert Strawbridge, the great Maryland pioneer, circuit rider, minister, and missionary, wrote that he found a wilderness collection of sod houses on a trip to Towson in 1776, and arranged a camp meeting for the workers in a grove of trees and preached to them.  This was near the present location of the present church.

Wealth in this rural area was confined to land ownership.  Many of the landowners had businesses in the city and split their time between their country estates in the summer and their city homes in the colder wintertime.  Such was the case for Harry Dorsey Gough, who owned the 2000 acre Perry Hall Estate at this time.  His mother-in-law was the eldest sister of Captain Charles Ridgely, who owned Hampton Mansion and who controlled 24,000 acres in Baltimore County and that included the land where the church sits.

As is the case so many times, social meeting leads to organization.  The camp meeting worshipers, decided to collect money to build a chapel in which to worship.  When Mr. Gough heard of this, he stepped in and said, “Take what you have subscribed and build a schoolhouse to school your children, and I will get you a meeting house.” Mrs. Prudence Gough’s brother, Charles Ridgely gave an acre for a meeting house and burying plot, and in 1807 the original chapel was completed, 140 feet east of the present chapel.  However, the deed was not written until 1813.

John Buck, Esq. was the leader of the mostly poor people building the chapel.  He was also a trustee of Ebenezer Church.  He supervised the work from beginning to the end and by fall of that year, they had a neat, well finished log meeting house that was large enough for the neighborhood.

An entry in Bishop Asbury’s journal, dated Mar 19, 1809 states that, “I went to the camp meeting near Perry Hall, and I preached in the chapel…As I rode by the groves of elders of the Gough family, the image of my dear departed Harry Gough was very present to me”.

Then again on July 6, 1809, Freeborn Garrettson, a Methodist Circuit Rider, who served his calling with Bishop Asbury, wrote in his journal; “Accompanied by our cousin, Presbury and other relatives, we repaired to what is called Camp Chapel.  It is beautifully situated in a forest, at a distance from any house.  As I rode up, my mind was solemn when I saw such a number of horses and carriages, fastened to trees, and the people waiting for the word.  I had a sweet time speaking from II Cor. V. 11-21.

In this very log meeting house, Reverend Henry Smith notes that he could hear the Battle of North Point, while preaching at the chapel on September 12, 1814. “The very day of the battle of North Point, I preached to a few old men and some females at the Camp Chapel… The report of the gun was heard very plainly while I was preaching, and bombs were heard at Perry Hall, nearly all night.  It was an awful night.  Fears were entertained that the enemy would take Baltimore, and overrun and plunder that part of the country”. Reverend Smith also stated that Mrs. Gough, who had been in attendance, sent some of her family away, but planned to stay and plead her own case with soldiers, if and when they arrived at her doorstep.